As one of the largest parishes in Louisiana, Iberville Parish is situated between the mighty Mississippi River and the Atchafalaya River National Heritage Area in southeast Louisiana. The parish has an estimated 33,000 population, and is one of only two parishes divided by the Mississippi River (along with neighboring Ascension Parish). The parish is 620 square miles (46 miles on the east bank), and consists of six municipalities:


Iberville Parish was the center of South Louisiana cypress timber and lumber industry which employed as many as 5,000 people between 1880 and 1930.


The three most prevalent agricultural crops are corn, soybeans and sugar, as the area was fondly termed "Heart of the Sugar Bowl" at the turn of the 19th century. Hardwood timber industry continues to thrive today in Iberville Parish, along with the chemical industry. The Iberville Parish Council government is housed in the City of Plaquemine, which serves as the parish seat.


The 1920's United States Army Corps of Engineers levee system protects the area from flooding. The parish is less than 15 miles from Interstate 10, the nation's longest coast-to-coast route, and the state's capital city, Baton Rouge. 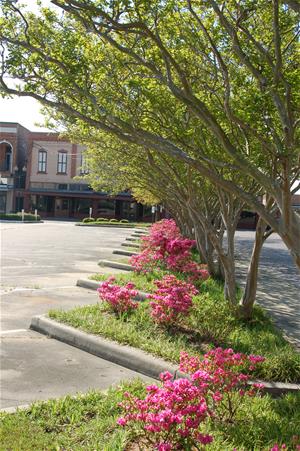